We don't have dogs in our offices every day. But then every day is not Blue Monday - nor a day when we announce our Charity of the Year. Marketing Manager Alicia Rudzka introduces our new paw-fect partnership with Guide Dogs UK

The third Monday of the year is, allegedly, the "most depressing day of the year", calculated through a series of factors such as the weather and failing our New Year's resolutions. It's not true, of course, but it seemed like a great opportunity to announce some good news and cheer everyone up, anyway. And what better way to put smiles on faces than spending a couple of hours with some very friendly dogs?

On 15 January, we welcomed four-legged visitors to our three offices throughout the East Midlands as the official start to our year of fund-raising for Guide Dogs UK. That’s our company new year's resolution -  to support the charity throughout 2018 and we've no intention of breaking our resolve.

We’re planning all kinds of activities but as our starter for 10, we bought every member of staff a cuddly dog toy for their desks and in turn made a donation of over £350 to the charity.

We saw for ourselves the difference a Guide Dog can make we met Nottingham-based Terry Rodgers, who provided entertainment at our annual staff party last year. When he had sight, Terry built a track for battery-operated toy pigs to race on. He would take this to corporate events, fetes and the like, where people could bet on the pigs. It was a nice little side-line for Terry and a lot of fun. When he lost his sight, however, he also lost his confidence. Terry barely went out at all and the piggy race track was abandoned. Then along came Emett – a black Labrador whose job it was to help Terry get around safely and independently. A true partnership, Terry was soon confident enough to travel on public transport with Emett at his side.

Terry and Emett were a big hit at our staff party and it was then that we first learned that the cost of a Guide Dog from birth to retirement is £56,800.

Just to puppy walk each guide dog, when they are house trained and get basic training, costs over £5,000. We’ve set ourselves the challenge to raise enough money to train and name at least one puppy – but it would be great if we could raise enough to train three, one for each of our offices. 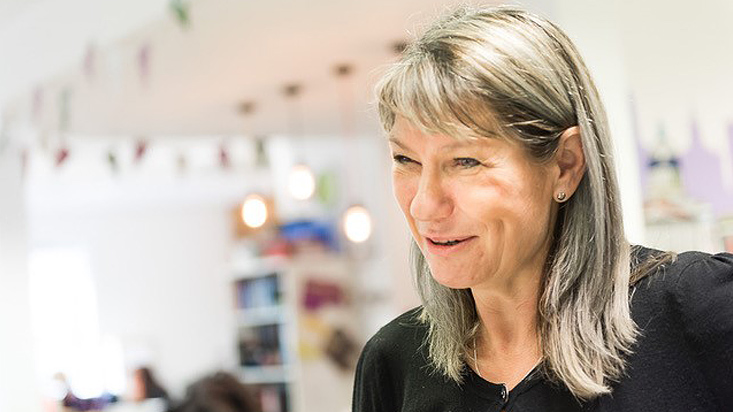 Request a callback from Alicia